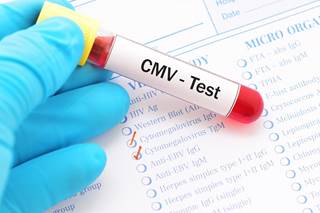 Changes in immune response mediated by cytomegalovirus infection may contribute to compromised neurocognitive performance in adults with HIV.

Patients living with HIV who receive antiretroviral therapy (ART) have a higher concentration of anti-cytomegalovirus (CMV) immunoglobulin G antibody (IgG), according to an article recently published in Clinical Infectious Diseases. Furthermore, researchers found that these higher anti-CMV antibody levels are associated with worse neurocognitive outcomes in those receiving ART compared with their HIV-positive peers not receiving ART (P =.045).

The researchers examined blood, serum, and cerebrospinal fluid specimens for the presence of anti-CMV antibodies, along with HIV RNA, CMV-specific T-cell counts, and CMV DNA analysis. The samples came from 80 previously identified patients with HIV who had already undergone comprehensive neurocognitive testing. The patients were grouped according to whether they were undergoing suppressive ART at the time of sample collection (n=38) or not undergoing such treatment (n=42).

This research is significant in that individuals with HIV are at increased risk of contracting CMV, which may lead to immune system decline, increased mortality, and the increased aging sometimes observed in HIV-positive cohorts. While CMV has previously been demonstrated to negatively affect neurocognitive outcomes in older adults, this study also points to a potential link between ART and worse neurocognitive outcomes.

As individuals with HIV are now living longer, both negative and positive effects of ART may become more significant in clinical presentation. Although the researchers note that this study was limited by small sample size and the lack of an HIV peer cohort, the links found between anti-CMV IgG antibodies, ART, and neurocognitive decline deserve further exploration. Additional research could determine whether the relationships found in this study are causative and give more insight into their specific mechanisms of action.