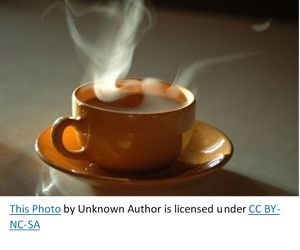 Researchers in China studying the consumption of “burning” hot tea, alcohol, and smoking habits of greater than 450,000 people ages 30 –79 for more than nine years found a five time greater risk of esophageal cancer in those who engaged in all three of the behaviors and a two time greater risk in those who either smoked or drank alcohol and consumed burning hot tea as compared to people who have none of these habits. The study results appear in February 6, 2018 issue of the Annals of Internal Medicine.

To begin, alcohol and smoking have long been known to increase the risk of esophageal cancer with the association between drinking “burning” hot tea and esophageal cancer identified more recently. Burning hot tea is tea consumed at temperatures above 149o F. Consider this information from the Burn Foundation:

First degree burns damage the outer layer of the skin causing redness and some pain but no blistering. They heal on their own within a week.

Second degree burns damage both the outer layer of the skin and the layer underneath. These cause pain, redness and blistering. These burns take a few weeks to heal and in severe cases, need skin grafting.

Third degree burns damage or destroy the outer layer of the skin, the underneath layer, hair follicles, sweat glands, and underlying tissue. These can take months to heal and always need skin grafting. (NIH, 2018)

So, “burning” hot tea would cause third degree burns in 2 seconds on your skin. Since your mouth and esophagus are as sensitive to temperature as your skin – which is why you check the temperature of the liquid in a baby’s bottle by shaking a few drops on your inner wrist- think about the potential damage of tea this hot. The risk of cell injury from liquids at high temperature is so great that in 2016 the World Health Organization’s International Agency for Research on Cancer classified beverages above 149º F, probably carcinogenic to humans because of the likely damage done to cells, and the possibility of initiating the cascade of events leading to cancer.

In the study above, it was the combined action of drinking very hot tea along with tobacco and alcohol use that raised esophageal cancer risk five-fold. Given this, the researchers suggest eliminating any one of these three factors would lower esophageal cancer risk – quit smoking, quit drinking or drink less, and/or drink cooler tea.

Esophageal cancer accounts for about 1% of all cancers diagnosed in the U.S. it is a relatively deadly cancer with only about 20% of people surviving five years after diagnosis. It is more common in men than in women, and in whites. Among the risk factors are alcohol and tobacco use, obesity, diet – which includes ingestion of very hot liquids, a history of gastric esophageal reflux disease (GERD), and achalasia. (American Cancer Society, 2017)

To decrease the risk of esophageal cancer –