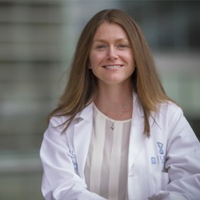 According to Kirsten Fischer, MD, Department of Internal Medicine and Center of Integrated Oncology Cologne Bonn, University Hospital, Cologne, Germany, who presented the results of an open-label phase III trial, improved PFS with venetoclax plus obinutuzumab was seen across all relevant patient subgroups, including those with mutated IGHV (immunoglobulin heavy chain). However, at the current median follow-up time of 39.6 months, there was no difference in overall survival (OS) between treatment groups. Fischer presented these findings at the 2019 American Society of Hematology Annual Meeting.1

Fixed-duration venetoclax plus obinutuzumab results in high rates of undetectable MRD at the end of treatment, with over 90% of patients experiencing durable responses 24 months after the end of therapy and beyond. Results of this study also confirm the prognostic value of MRD in targeted combination therapy in previously untreated CLL.

The primary end point was PFS, MRD, response, and OS were secondary end points. Peripheral blood samples for MRD were taken at cycle 7, 9, and 12, and then serially every 3 months. MRD was analyzed by quantitative immunoglobulin allele-specific real-time (IGH-ASO)-polymerase chain reaction (PCR) with cut-offs of 10-2 and 10-4, and by next-generation sequencing (NGS), with cut-offs of 10-4, 10-5, and 10-6.
Median age was 71-72 years, and treatment groups were well matched for disease stage, CIRS score, creatinine clearance, and risk for tumor lysis syndrome. At the time of this report, patients had all completed their treatments for at least 2 years.

Venetoclax plus obinutuzumab was associated with longer PFS than chlorambucil plus obinutuzumab (HR 0.31; 95% CI, 0.22-0.44; P <.0001) at a median follow-up of 39.6 months. At 36 months, PFS was 82% in the venetoclax group versus 50% in the chlorambucil group. The venetoclax combination resulted in longer PFS in patients with mutated versus unmutated IGVH, and in patients with no TP53 mutation or deletions versus those with TP53 mutation or deletions. At the time of follow-up there was no difference between treatment groups for OS, with 13% of patients in each group having an event (HR 1.03; 95% CI, 0.60-1.75; P = .92).

Significantly more patients in the venetoclax treatment group had undetectable MRD (<10-4) by allele-specific oligonucleotide polymerase chain reaction 3 months after completion of treatment. In the peripheral blood for all patients, MRD was undetectable in 76% of patients in the venetoclax group versus 35% in the chlorambucil group (P <.001); for those with complete remission (CR) undetectable MRD was 42% versus 14%, respectively (P <.001). Results were similar for MRD analyses conducted in bone marrow: undetectable in 57% of the venetoclax group versus 17% for chlorambucil (P <.001) and 34% versus 11%, respectively, for those with CR (P <.0001). The concordance of blood versus bone marrow was 86.8% for both treatment groups.

MRD was also analyzed by NGS in peripheral blood 3 months after completion of treatment. Forty-two percent of patients in the venetoclax group had undetectable MRD versus 7% in the chlorambucil group, at a level of <10-6.

No safety data were presented.